Electronic seals are tamper-indicating devices that detect access to a monitored item by using an electronic component that can check the seal’s integrity at any time.

Seals are tamper-indicating devices that detect access to an enclosure or other monitored items. For example, opening a container would break the seal. Electronic seals are active seals, which means they require electricity (externally or from an internal battery) to function.

The seals can be of electronic type, or of fiber-optic type, where light pulses are emitted and sent through the wire. In both cases, the goal is to assess the continuity. If an emitted signal is not detected at the other end, or if a signal is detected that was not emitted, the seal is assumed to be broken. A new seal designs uses screen-printed resistors on a flexible film which is applied with adhesives to the item instead of using a wire. These can be readout and provide a unique signature that would change if tampering occurred.

Many electronic seals will log information on the seal’s integrity over time, a functionality not provided by passive seals. Also, state of health information can be recorded (e.g. functional diagnostics, or remaining battery life time). Several readout options are possible, include by radio frequency or by a cable connected to a data network, enabling remote readout. 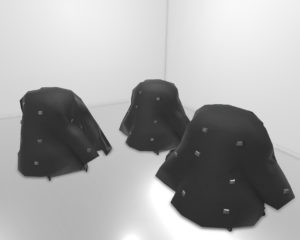 Magtag
MAGTAG blankets detect any changes in the magnetic field due to illicit movements. More »
Back to All Technologies